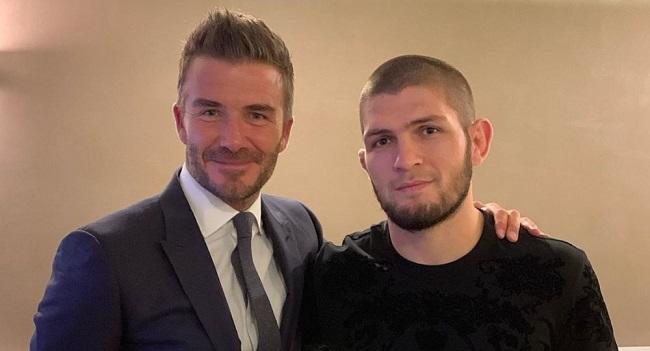 Wednesday night was hot not only for PSG fans after their club trounced Real Madrid 3-0, but was highlighted by a chance encounter between two legends: football icon David Beckham and UFC champ Khabib Nurmagomedov.

Axar.az reports citing foreign media that Khabib, who is a well-known football fan, shared a picture of himself together with a well-dressed Beckham on Instagram, by captioning the photo “Legendary” and tagging the former footballer.

Beckham, who has played both for PSG and Real Madrid in the past and is currently presiding over Inter Miami CF and co-owns Salford City, has not commented on the pic. Khabib, however, later said that the two had shared dinner together after the game and had quite a productive talk.