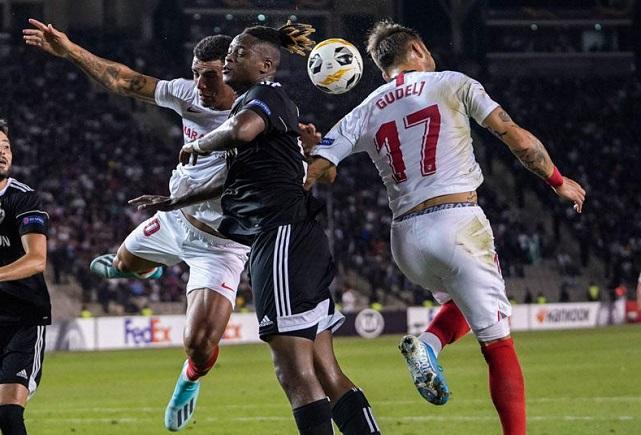 The starting match of the group stage of Group A of the European League in football between the Azerbaijani Qarabag and the Spanish Sevilla took place yesterday.

Axar.az reports that having missed three unanswered goals in the second half, the Azerbaijani club lost with the score 0:3.

At the 62nd minute, Hernandez opened the score in the match with a free-kick, at the 78th minute Munir doubled the lead of the guests, and Torres concluded the match in the 85th minute with a beautiful shot.

In the next matches of the tournament, Qarabag will play away against Dudelange on October 3, while Sevilla will receive APOEL on that day.

Europa League. Group A. First round