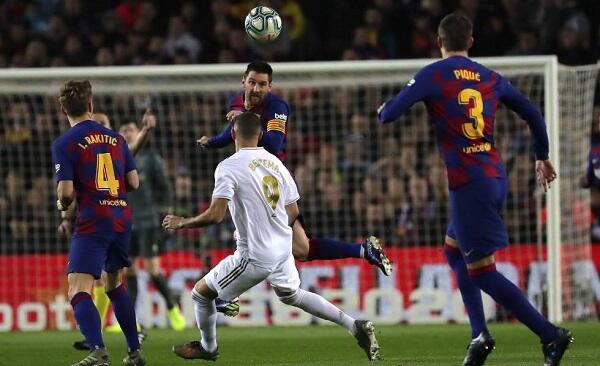 The central match of the 30th round of the Spanish La Liga was held on April 10.

Axar.az reports that two arch-rivals of the Spanish championship, Barcelona and Real Madrid, met. In a tense offensive match, the Madrid team won - 2: 1.

The first half ended with the advantage of the "royal" club. In the second half, "Barcelona" replaced one of the goals. In the 60th minute of the game, Oscar Minqueza put his name on the scoreboard.

In the remaining minutes, despite the efforts of both teams, the score did not change.