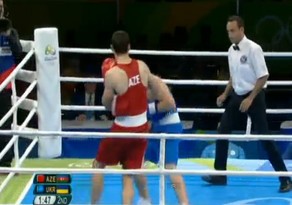 6 Azerbaijani athletes will compete on the 4th day of Rio 2016.

3 boxers will join the competition.

Firstly, Olga Senyuk will compete at women's individual archery. Her rival at 1/32 finals will be China's Cao Hui. The contest will start at 23:57 Baku time.

Then, Alexander Alexandrov and Boris Yotov will join the semi-final at men's rowing, which will begin at 17:30.

Last contest will be held among boxers. First, Kamran Shahsuvarli, 75 kg, will fight at 1/16 finals against China's Minggang Zhao. The bout will be held at 19:15.

Second bout of 1/16 finals will be held between Albert Salimov and Mauritius's Merven Clair at 60 kg weight category at 00:45.

The last fight of the day will be between Mahammadrasul Majidov and Moroccan Mohammed Arjaoui at +91 kg weight categry at 02:00. The bout will take place at 1/16 finals.