World Nomad Games to be broadcasted by NHK 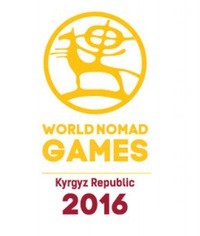 Japanese NHK is going to broadcast World Nomad Games that will be hosted at Kyrgyzstan’s Issyk-Kul lake on September 3-8, according to the Secretariat of the competition.

Ministry of Foreign Affairs of Kyrgyzstan reports that the company had already sent a group of journalists to cover it.

World Nomad Games are held in a partnership with Turkic Council. 40 countries are going to compete in 16 traditional nomad sports.