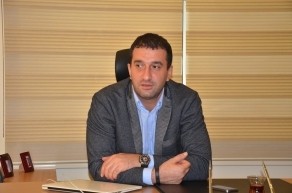 At the first round of Europa League group stage, Qarabag FC will receive Czech Slovan FC at Dalga Arena in Mardakan settlement, Baku.

It was told by the FC Director Emrah Çelikel.

According to E.Çelikel, the decision was made after reviewing Baku Olympic Stadium today: 'Today our employees visited Baku Olympic Stadium. It was found out that the grass cover is in the same state as at the Republican stadium named after Tofig Bahramov gras cover. Therefore, we decided to play at Dalga Arena, which is another choice'.

Qarabag FC official said that they will inform the UEFA on the selection of the stadium and receive Slovan at Dalga Arena in case of affirmative reply.