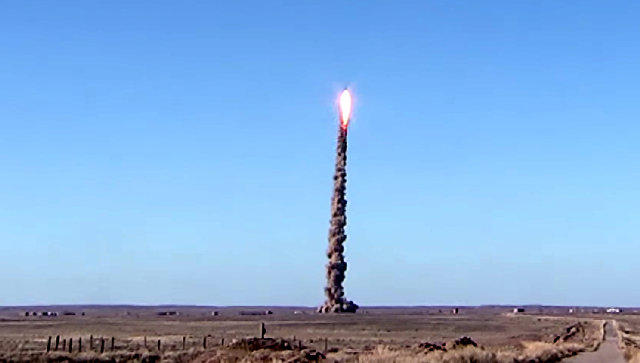 NASA has presented at the beginning of March 2018 its HAMMER program aimed at protecting Earth from dangerous asteroids, with one of the options being a nuclear strike against threatening space objects.

Earth transformation works are neither easy nor cheap, so it's no wonder that people have tried to use the destructive power of nuclear weapons in order to decrease the process' complexity and make it less costly. The US was a pioneer in this respect with its "Operation Plowshare," having ambitious plans to create a large artificial harbor at Cape Thompson, Alaska and to create a second Panama Canal. Both these projects were closed down due to several reasons, namely threat of radioactive contamination (some other "Plowshare" tests led to radioactive fallout in Nevada and Utah) of the territory, high costs (the problem it was created to solve) and the public's negative response in 1970s.

One of the subprojects called "Gnome" of the "Plowshare" program ended with an especially "spectacular" fiasco. The US invited journalists and even UN representatives to witness the first test of the Gnome Project that was to prove its safety. Unfortunately, this very test ended with the release of radioactive steam that covered the press gallery. Another "Plowshare" test, called Project Sedan ended even more impressively, raising 12 million tons of soil into the air along with radioactive dust that spread along Mississippi River and contaminating local water supply with tritium.

The US was not alone in its desire to use nuclear devices for peaceful goals and definitely was not the one to do it as extensively as USSR did. Program No. 7 — Nuclear Explosions for the National Economy existed between 1965 and 1988 and during its lifetime, according to various estimates from 124 to 169 nuclear explosions were performed. Some 42 of them were used to create vast underground storage compartments for natural resources and six more — for excavation purposes.

The USSR too tried to use nuclear devices to create a canal between the Pechora and Kolva rivers. The crater, caused by the explosion of three 15 kiloton bombs, became a lake called "Nuclear" due to the above normal radiation levels around it and the project was thereafter terminated.

Another use of nuclear devices that both the US and the USSR strived to achieve is boosting natural gas and oil production by creating extra pressure within a reservoir. The US experiments led to radioactive poisoning of the acquired gas and led to the closure of the experiment. The USSR had conducted 21 such explosions to boost oil production before abandoning the practice due to risk of contamination.

However the USSR found another use for the method in gas production — putting out gas deposit fires. In 1963 an accident on the Urta-Bulak gas field led to the ignition of a gigantic gas well fire. All conventional means of dealing with it failed, but the underground explosion of a 30 kiloton nuclear bomb shifted the ground and extinguished the fire instantly. The idea was used later several times and was even considered as an option for stopping the Gulf of Mexico Deepwater Horizon oil spill in 2010.

One of the most bizarre ideas for using nuclear weapons was forwarded by ESpaceX and Tesla CEO Elon Musk. He believes that the explosion of numerous nuclear bombs on Mars poles will result in warming its ice cold atmosphere and the meltdown of dry-ice, which will lead to the release of carbon dioxide necessary for creating the greenhouse effect. However, most scientists don't find his plan feasible as all nuclear armaments on Earth still won't do the trick and unless humanity creates much more powerful nuclear armaments, it will have to come up with something else for that task.