Beijing could Bbacklist FedEx as ‘Unreliable Entity’ amid Huawei 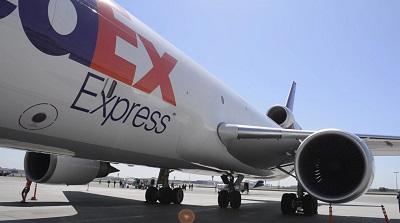 The American delivery giant has outraged Chinese commenters after failing to deliver a Huawei package from the US amid the ongoing rift between Washington and Beijing over the Shenzhen-based tech behemoth, the Chinese outlet Global Times reported. The US corporation has insisted it was “an operational error”.

The FedEx Corp. has apologised for failing to deliver a Huawei package to the US, explaining the incident as an operational mistake. The uproar was prompted by an incident with PC Magazine writer Adam Smith who reportedly tried to send a Huawei P30 smartphone from the UK to the US but got his shipment returned to London after it had spent several hours in Indianapolis, as the tracking services revealed.

This explanation contradicted the US firm’s reply via their Twitter account to PC Magazine’s Adam Smith, noting that Huawei and 68 of its global affiliates were included on the list of entities “that US companies are restricted from doing business with”.

It is not the first time that FedEx has had an issue with delivering Huawei parcels amid the ongoing spat between Washington and Beijing over the Chinese tech giant and its international advances. As Reuters points out, FedEx earlier misdirected Huawei packages to wrong addresses without giving any details. China began probing the incident. However, China’s state news agency Xinhua said not to regard this investigation as retaliation against the US firm.

This and recent failures have prompted criticism on Chinese social media, as the Global Times reports, citing comments on the Chinese social network Weibo.