The 'keyless' cars of Volvo 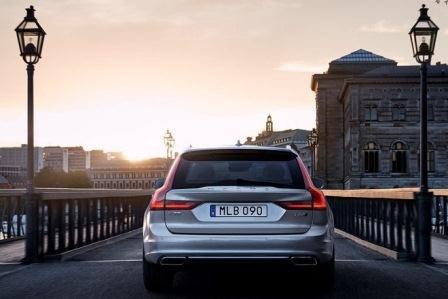 Volvo will become the world’s first car maker to sell vehicles that can be unlocked and switched on using mobile phone apps when it launches the technology onto the market next year.

The car manufacturer, best-known for attracting safety-conscious drivers, will unveil the keyless cars at next week's Mobile World Congress technology conference in Barcelona. Volvo's S90 estate cars will link up to a smartphone app, which lets drivers unlock the doors, open the boot and start the engine. Drivers can let friends drive the car - even if they're miles away from each other - by granting them access through the app on their smartphones. "Drivers will make sure their phone is charged if they know it is also their car key" Martin Rosenqvist, Volvo's director of new cars, said the technology was part of "big changes" to the brand and part of a wider push among car manufacturers to integrate digital technology into the vehicles. "Using this technology, I could lend you a car key digitally even though I’m a thousand miles away, as long as you have the app and verify who you are," he said.

The kitted out Volvo S90 will be on show at next week's technology gathering in Barcelona, the biggest event in the mobile industry's calendar.

The technology is now being piloted on 20 rental cars in Gothenburg, Sweden. The fleet of cars is stationed across the city, ready to be accessed by anyone who books one using the app. Volvo is also experimenting with a food delivery scheme in Sweden, where drivers can have their weekly shop delivered to their car boot.

Ford will unveil its latest 'connected' car, a Kuga SUV kitted out with wireless technology, next week Depending on the trial's success, and the new technology may become available to "a limited number of commercially available cars" in 2017. Volvo's digital key is the latest gadget in a noisy race between car makers to kit out their wheels with "connected" devices. Rival manufacturer Ford has also chosen Barcelona's tech conference to unveil a remodeled SUV packed with "smart" technology. Ford's new car, thought to be a revamped Kuga, will include in-car gadgets that connect with smartphones and will showcase on Tuesday.