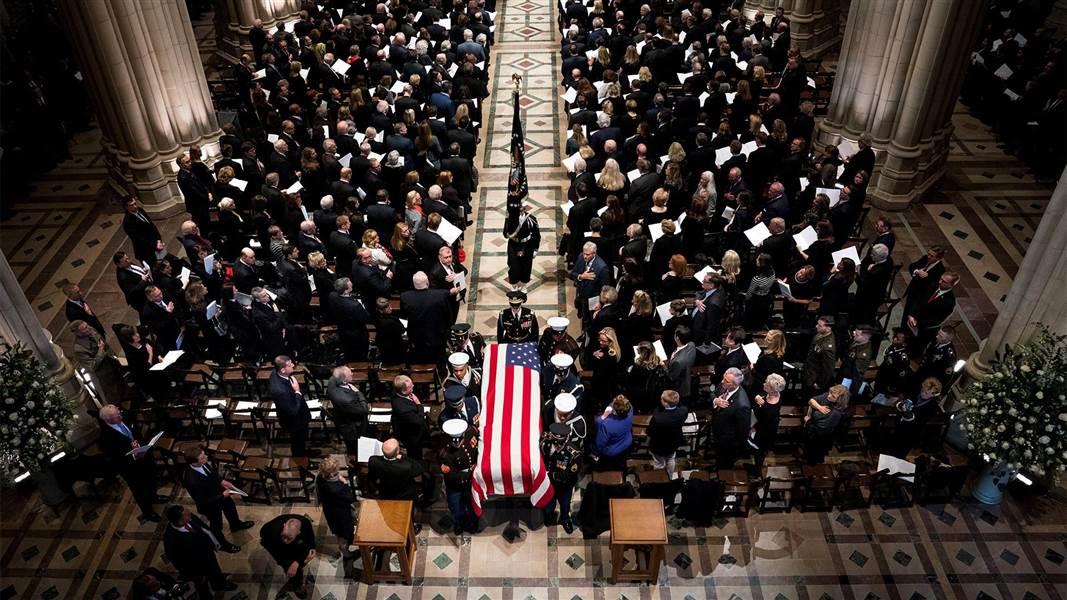 An emotional George W Bush has paid tribute to his father, former President George HW Bush, during a state funeral in Washington.

Mr Bush Jr, himself a former president, described him as "a noble man, the best father".

All surviving US presidents attended the funeral, sharing a pew in the US National Cathedral in Washington DC.

He will be buried in his home state of Texas, alongside his wife Barbara.

In his eulogy, George W Bush said his father had taught him that "public service is noble and necessary".

"He accepted failure is part of living a full life, but taught us never to be defined by failure. He showed us how setbacks can strengthen," he added.

His voice breaking with emotion at the end of his eulogy, Mr Bush said: "Through our tears, let us know the blessings of knowing and loving you. A great and noble man, the best father a son or daughter could have."

The invitation-only funeral at the National Cathedral was attended by President Donald Trump and his predecessors Barack Obama, Bill Clinton and Jimmy Carter.

The Prince of Wales, German Chancellor Angela Merkel and Jordan's King Abdullah II were among the world figures there to pay their respects.

Former leaders, including John Major, who was UK prime minister for most of Mr Bush's term, also attended.