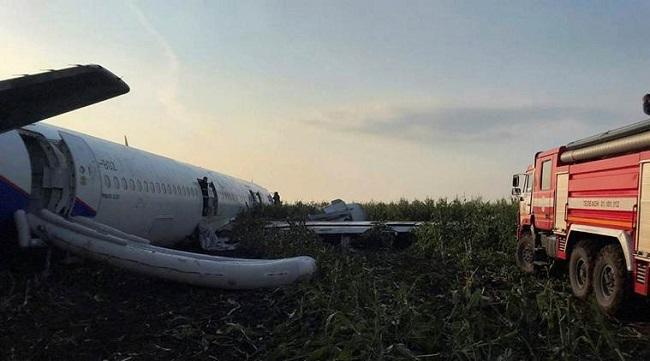 Kremlin Spokesman Dmitry Peskov has hailed the pilots of the Ural Airlines aircraft, who safely conducted an emergency landing in a cornfield outside Moscow on Thursday morning as heroes.

"Today is a really good day. Let’s congratulate each other that 234 passengers and seven crew members are alive, let us offer our wishes for a speedy recovery to those, who were injured and congratulate the heroic pilots for saving people’s lives and landing the plane," Peskov emphasized.

The crew managed to land the plane in a cornfield and evacuate all passengers. According to medical sources, a total of 55 people, including 17 children, sought medical treatment, six people were taken to the hospital.

"During takeoff, engine roar forced birds sitting along the runway into the air, and as a result, the engines sucked in some of them," the source said, adding that bird flocks were a well-known problem for Zhukovsky Airport as there was an illegal dumpsite in the area.