The opposition is on the same side as COVID-19 - Volsky
﻿ 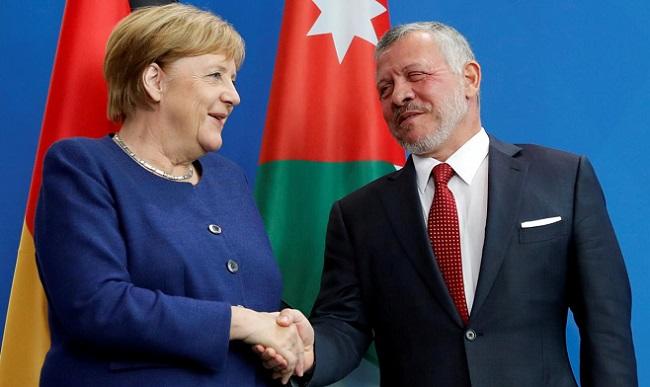 Earlier this year, the German Chancellor awarded Jordan's King Abdullah II with the Catholic prize ‘Lamp of Peace’ for promoting human rights and regional peace, as well as taking in Syrian refugees.

Axar.az reports citing German Chancellor Angela Merkel and Jordan's King Abdullah II are holding a joint press conference in Berlin and are expected to discuss bilateral issues as well as current developments in the Middle East.

“The German government backs an internationally negotiated peace solution in the sense of a two-state solution … annexations are always detrimental to peace solutions. They do not help and therefore we do not agree,” said Merkel at a news conference with Jordan’s King Abdullah.

The plan announced by Netanyahu, who faces a closely fought election on Tuesday, was “a disaster for any attempt to push two-state solution forward”, said King Abdullah.