Referee books Kaka before posing for a selfie - Video 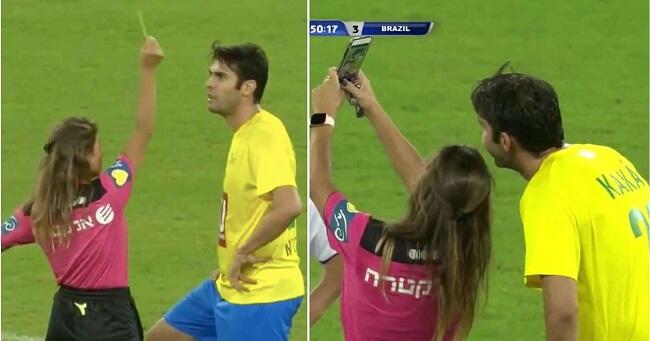 In what was surely a first in football, legendary Brazilian Kaka was shown a yellow card just so the referee could take a selfie with him last night.

Axar.az reports citing Evening Standart that the former AC Milan and Real Madrid maestro pulled on the Selecao shirt once more in a charity match for peace in Israel and was on the scoresheet in a 4-2 victory for Brazil.

Ronaldinho, Roberto Carlos, Rivaldo, Cafu, and Bebeto were also among the legends taking part in the friendly fixture but it was Kaka who was the biggest hit - with even the person officiating the game wanting a picture with him.