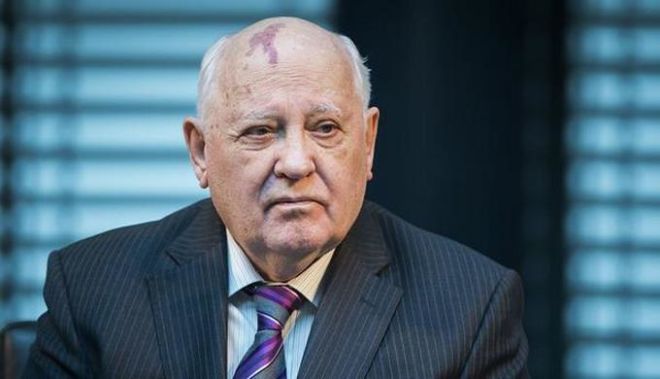 The 1991 issue of the popular news program "Time" (Vremya), which appeared in all the republics of the USSR, was released.

Axar.az reports that the program starts with the address of the Soviet leader Mikhail Gorbachev to the Azerbaijani people living in Nagorno-Karabakh (!!!) on March 14, 1991.

“Dear friends, I address you in such a responsible and exciting time. Big changes are happening in our country, including in the sphere of interethnic relations, are difficult. Unfortunately, it is impossible to avoid the heavy conflicts that have resulted in human casualties. There is no peace in Nagorno-Karabakh for the fourth year in a row. Shootings are roaring, people are dying, mutual memories are growing. What will happen next? I understand that a chain reaction with resentment, anger, and mutual vengeance is not easy, but it needs to be stopped.

It`s important to address from the point of reality: Nagorno-Karabakh Autonomous Region is an integral part of Azerbaijan! The USSR and the Constitution of the Republic of Azerbaijan are in power here. Armenians and Azerbaijanis live and work together here. History has commanded that, and it is impossible to go anywhere.”