Discussions underway on delivery of vaccine to Azerbaijan
﻿ 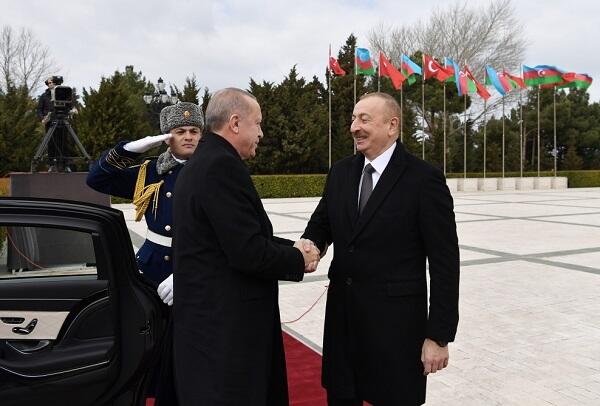 President of the Republic of Turkey Recep Tayyip Erdogan, who arrived in Azerbaijan on February 25, was welcomed.

Axar.az reports that a guard of honor was lined up in honor of the high guest in the square where the national flags of both countries were waving.

The chief of the guard of honor reported to the President of Turkey.

The national anthems of Turkey and Azerbaijan were played.

Representatives of state and government of Azerbaijan and Turkey met with the presidents.

The guard of honor passed by the heads of state under the sounds of a military march.