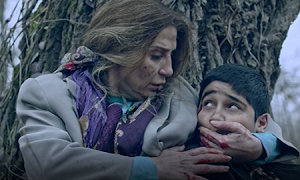 The video made by "Azerbaijan Television and Radio Broadcasting" CJSC about Khojaly genocide has been presented in 6 languages.

Axar.az reports to deliver Khojaly realities to the world community, along with Azerbaijani, the video has been translated into the Russian, English, Armenian, Georgian and Turkish languages. A certain part of the deeds committed by the Armenians is demonstrated in the 5-minute video reflecting the genocide Khojaly victims faced based on the facts.

We present the video to you in Armenian: