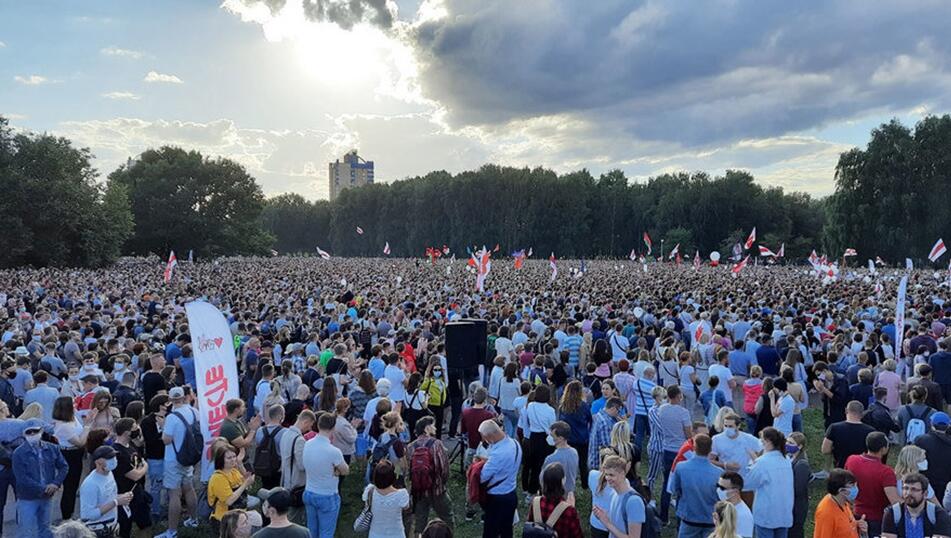 Opposition forces tried to hold a protest rally near Victory Square in the Belarusian capital, Minsk.

Axar.az informs that, dozens of people gathered on the square, RIA Novosti reported. There are also 15 special police cars around the square.

Sputnik Belarus reported that police used tear gas against protesters and that some were injured.