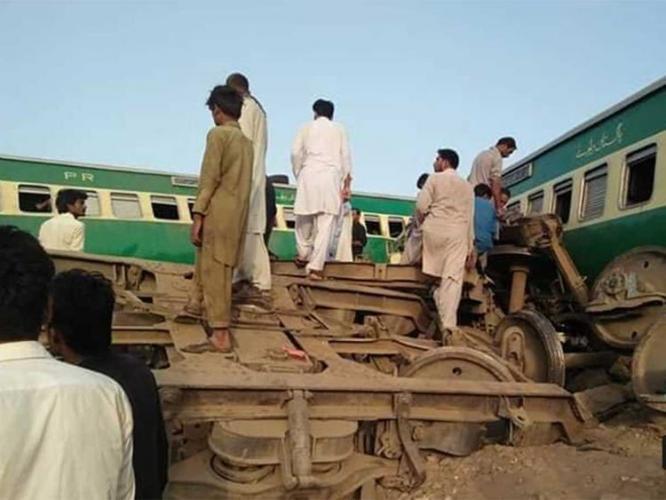 Axar.az reports that as a result of the accident, 36 people died and 50 were injured.

According to the report, 14 cars overturned and 8 cars were completely damaged during the accident.

The accident took place in the south of the country. Passenger trains collided at a railway station in Gotki district of Sindh province.

According to the latest information, the death toll has risen to 50 people and injuring 70 others, prompting authorities to call in the Army and paramilitary forces for the challenging task of rescue and relief operations.

The death toll from a horrific collision of two trains in southern Pakistan rose to 63 today after rescuers pulled 12 more bodies from crumpled cars a day after the crash, officials said.