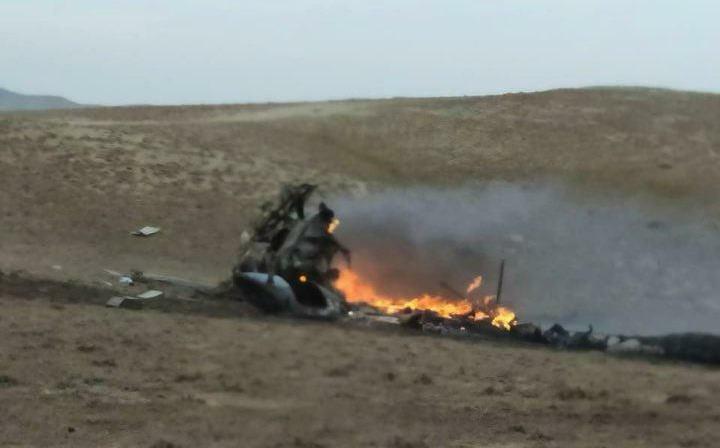 Some details about the crash of an SBS Mi-17 military helicopter on November 30 during training flights at the Garaheybat airfield in the Khizi region have been made public for the first time.

Axar.az reports citing Real TV Before the crash, the helicopter was able to command helicopter II to land.

The second helicopter landed, and the first helicopter crashed while landing and certain parts, including the tire, detached from the helicopter and the fuel tank were punctured.

The second crash caused the fuel tank to explode and explode.