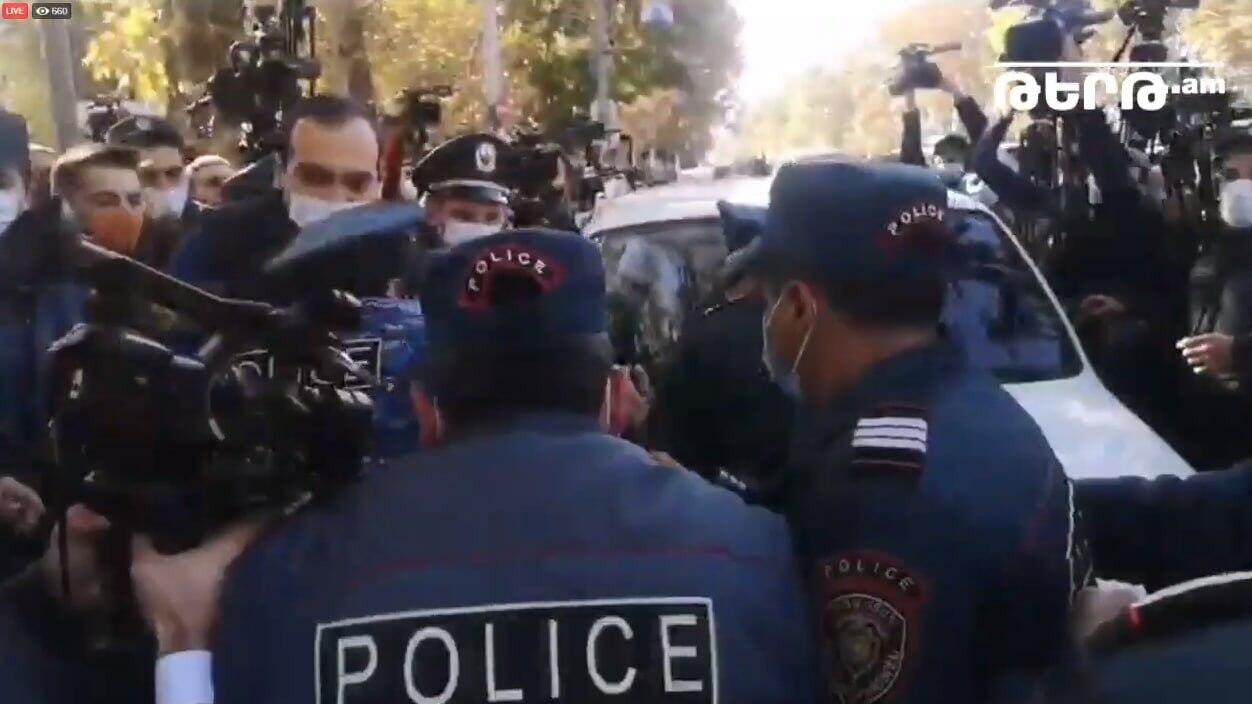 Axar.az informs the Armenian press that the participants of the action, holding US flags and placards with the words "KTMT traitor" and "Putin traitor" in their hands, chanted anti-Russian slogans.

"The 300-year history of the Russian Empire is coming to an end. The Russian Empire has always pursued a colonial policy against all the peoples living in the South Caucasus. We Armenians know very well what the Russian imperial policy is. Armenia will no longer be under the yoke of Russia. Goodbye, dirty Russia!" - a participant in the action. Armenian MP Vaghe Gasparyan said.