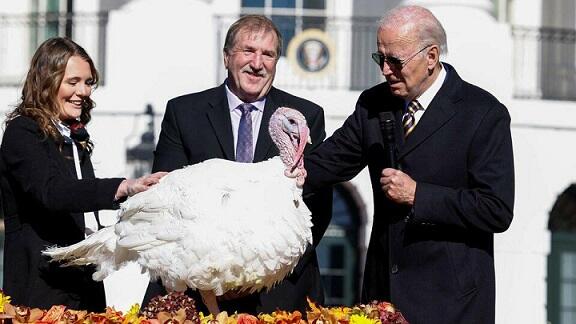 US President Joe Biden entered into a dialogue with a turkey during the traditional bird pardon ceremony on the eve of Thanksgiving on November 20.

Axar.az reports that the event was held in front of a crowd of citizens in the territory of the White House complex.

Birds nicknamed "Chocolate" and "Crumb" were selected from among nine and a half million turkeys.

Biden addressed the "pardoned" and said:

"God loves you! Nine and a half million turkeys!"