US Embassy warns of terrorist threat in Turkey 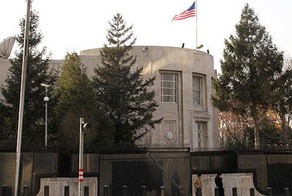 The US Embassy to Turkey has issued a warning on terrorist threat in Gaziantep province.

The Department of State has urged US citizens to avoid travels to Turkey's south-east regions.

Investigation of activities of Gaziantep terrorist groups has revealed that they have targeted Starbucks and Big Chef cafes and restaurants chains as well as other places, which visited by the tourists from western countries. We recommend US citizens to be careful while traveling such places in Gaziantep and not to go to those sites to the extent possible', the statement by the US Embassy to Turkey declares.

Notably, Gaziantep province is located in southeastern Anatolia, on the border with Syria.