At least 13 people dead in Stampede 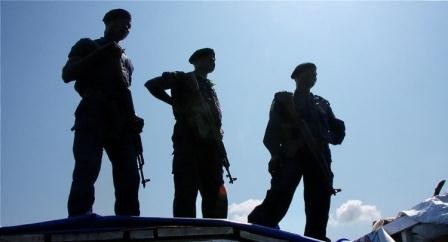 At least 13 people died in Beni, a town in the Democratic Republic of Congo, as a panicked crowd attempted to run from a drunk soldier firing shots, media reported Saturday.

"It all began with four shots fired by a drunk serviceman in civil clothes, which have created a panicked movement and resulted in eight people drowning, four killed in an accident, and one person having a heart attack," Jean Edmond Nyonyi, the mayor of Beni, said, as quoted by Le Matin.


In September, the Democratic Republic of Congo saw violent protests erupt resulting in response to what was perceived as President Joseph Kabila's attempt to stall the elections.