Muslim man gets kicked off for saying 'inshallah' 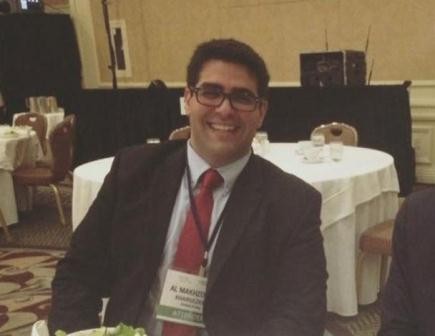 A Muslim man was told to leave a Southwest Airlines flight after another passenger overheard him speaking Arabic on his mobile phone.

Khairuldeen Makhzoomi, a 26-year-old Berkeley graduate, was removed from the plane at Los Angeles International Airport in April this year.

Once seated, he had made a brief call to his uncle in Baghdad, telling him how excited he was to ask a question to the UN secretary-general, Ban Ki-moon, during a dinner the previous day.

Before hanging up, he said the Islamic phrase in Arabic of "inshallah", meaning "God willing".

He noticed a woman staring at him as he hung up the phone. He thought at first she had been irritated by how loud he was speaking.

"One guy came with police officers within two minutes — I can't believe how fast they were — and told me to get off the plane," he told CNN.

An agent escorted him outside and asked him why he was speaking in Arabic considering "today’s political climate".

The political science graduate explained he had only said “God willing”, and the questioning soon ended - but not before dogs were brought in to sniff his luggage, he was searched and his wallet was taken away.

"The US is the land of freedom. People respect the rule of law. How could people be humiliated like this? That was the real shock," he told The Independent.

"I lived under Saddam Hussein. I know what discrimination feels like," he added.

Mr Makhzoomi came to the US in 2010 as a legal refugee with his older sister.

He was not allowed to reboard the Oakland-bound plane, and was given a full refund. He booked another flight with Delta.

Southwest Airlines could not be immediately reached for comment.

The student said he was left feeling "shaken" and could not sleep for days afterwards. He has called on the airline to apologise since they have failed to do so since 6 April.

The Council on American-Islamic Relations (CAIR) has filed a complaint with the US Department of Transportation Office of Aviation Enforcement and Proceedings against Southwest Airlines for "racial and religious profiling of a Muslim passenger".

"We are looking for a federal investigation and for the Department of Transportation to hold Southwest Airlines accountable."

Mr Makhzoomi said he is applying for his masters and is grateful that the US has provided him with "the best education, and so many opportunities".

"This our home. We don't have another home. The experience [in April] was just unpleasant," he said.