North Korea pledges not to use nuclear weapons first 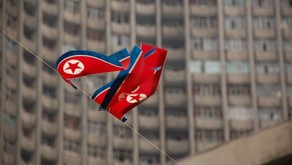 Representative of the North Korea on the first session of the UN General Assembly.

"Our country has access to nuclear weapons in self-defense because of threats from the United States and will never apply it first if there is no violation of sovereignty", - said representative of North Korea.

In addition, he criticized UN Security Council for unfounded statements and resolutions condemning nuclear test and missile launches by Pyongyang. This, according to him, contradicts to the UN Charter.