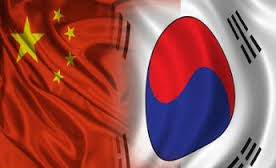 South Korea said on Tuesday it would use greater force, including firearms, against Chinese boats fishing illegally in its waters and summoned China's ambassador to protest against a clash between a Chinese vessel and a coast guard boat.

The disputes are an irritant in relations between China and U.S. ally South Korea, even as their economic relations grow close and they share concerns about North Korea's nuclear weapons and missile programs.

South Korea's coast guard said on Tuesday that its officers would be authorized to use firearms, including handguns and onboard cannon, against illegal Chinese fishing vessels if deemed threatening.

"We will actively respond to Chinese fishing boats that obstruct justice by using all possible means if needed such as directly hitting and gaining control of those Chinese fishing boats as well as firing common weapons," Lee Choon-jae, deputy chief of South Korea's coast guard, told a news conference.

South Korea's Ministry of Public Safety and Security, which oversees the coast guard, said one of its patrol boats sank last week during an operation to crack down on a group of Chinese vessels fishing illegally off the Korean peninsula's west coast.

It said the patrol boat was rammed by one of the Chinese vessels. No injuries were reported.

The Chinese vessel fled the scene and returned to its home port, the South Korean coast guard said.

Qiu Guohong, China's ambassador to South Korea, did not comment to reporters as he arrived at the foreign ministry.

A South Korean deputy foreign minister told the Chinese ambassador that the incident was "a challenge to public power", said Cho June-hyuck, spokesman for the ministry.

Three Chinese fishermen were killed last month in a fire that broke out on their boat when a South Korean coast guard crew trying to apprehend them for illegal fishing threw flash grenades into a room in which they were hiding, according to a South Korean official.

South Korea has repeated its complaint to China about illegal fishing by Chinese trawlers and urged Beijing to help come up with a permanent solution.

Reclusive North Korea and the democratic South are technically still at war because their 1950-53 conflict ended in an armistice, not a peace treaty.