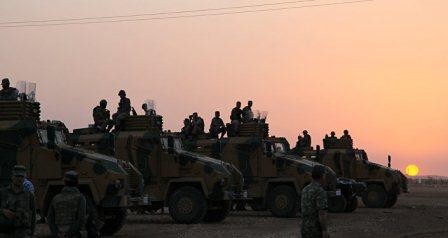 Turkish troops will remain in the Bashiqa military camp in northern Iraq until Islamic State militants have been driven from the nearby city of Mosul, told Deputy Prime Minister Numan Kurtulmus.

In the interview, broadcast live on the state-run TRT Haber channel, Kurtulmus said Turkey would participate in the operation to push the jihadists out of Mosul as long as the Syrian Kurdish YPG militia was not involved.