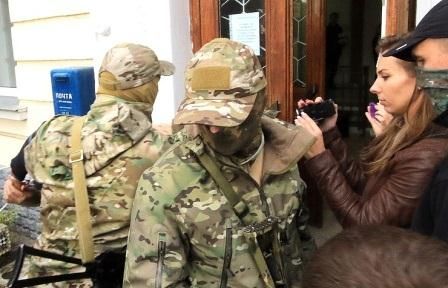 The Leninsky District court of the Crimean city of Sevastopol on Thursday arrested three suspected members of a subversive group that had allegedly plotted acts of sabotage at Crimea’s military facilities, a source in the courtroom told.

As reported earlier, the saboteurs were detained by the Federal Security Service (FSB) in Sevastopol on November 9.

The service claimed that powerful explosive devices, weapons and rounds of ammunition, means of special communications and also maps of facilities had been seized from the detained persons.