Russia to be elected to UN rights council next year 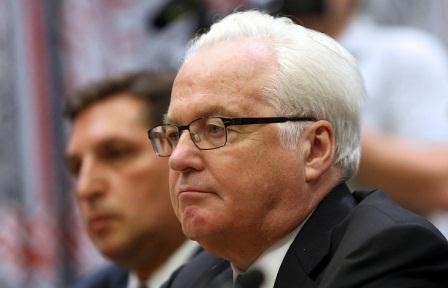 During the voting, Russia failed to get re-elected to the Human Rights Council as it rallied support of only 112 countries.

Russia’s Ambassador to the UN, Vitaly Churkin, said on Friday he felt confident Russia would get a seat on the UN Human Rights Council next year.

He told reporters about it after the voting at the General Assembly where Russia did not get the necessary majority of votes and gave way to Hungary and Croatia.

"Very close vote, good countries competing, Croatia, Hungary, they are fortunate because of their size they are not as exposed to the winds of international diplomacy," Churkin said. "Russia is quite exposed. We’ve been there a number of years, I’m sure next time we are going to get (there)."

During the voting, Russia failed to get re-elected to the Human Rights Council as it rallied support of only 112 countries, while Hungary received 144 votes and Croatia, 114 votes.

Egypt, Rwanda, Tunisia, and the South African Republic got seats on the Council as nominees of the African group of countries. Asia and the Pacific will be represented by Iraq, China, Saudi Arabia, and Japan.
Brazil and Cuba have been elected as representatives of Latin America and Western Europe has delegated Britain and the US.

Elections to the Human Rights Council are held once a year at the General Assembly.