Russian, Syrian aircraft not flying over Aleppo for 13 days 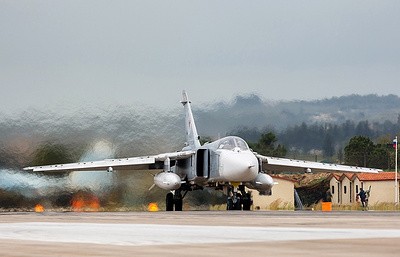 "Russian and Syrian aircraft have not performed any flights over the city of Aleppo for 13 days already. For comparison, the US-led international coalition has delivered nine airstrikes over the last 24 hours at residential quarters of the Iraqi city with a population of over one million people — Mosul. In order to make it clear how discriminate these airstrikes were and whether the coalition observes international humanitarian law, I will noted that two out of nine airstrikes at city’s districts were delivered by B-52H strategic bombers," Konashenkov said.

He added that terrorists in Aleppo continue to shell intensively the residential areas and humanitarian corridors. "However, last night 12 Syrians managed to move to safe districts through one of the corridors, in Al-Masharqa," Konashenkov noted. "According to refugees, it became possible after a bribe to one of field commanders at a price of 150,000 Syrian liras (around $300) for every person. In order to collect 1.8 million liras, the three families had to sell all their belongings," he said.