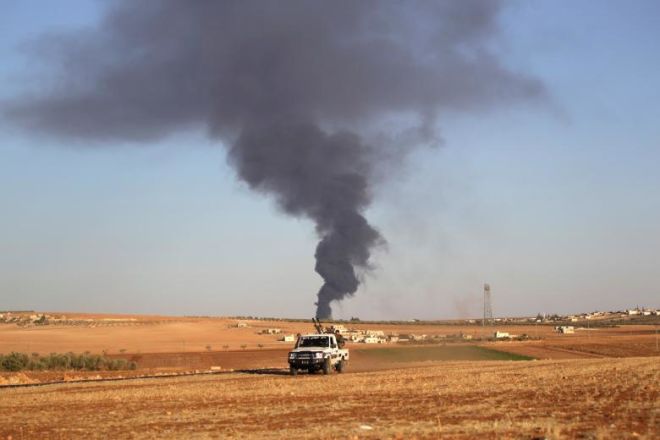 Turkish-backed rebels are just 2 km (1.25 miles) from the northern Syrian city of al Bab and are expected to take it from Islamic State quickly despite some resistance, Turkish President Tayyip Erdogan said on Wednesday.

The rebels said on Tuesday they had taken Qabasin, several km northeast of al Bab, to set the stage for an onslaught on the last urban stronghold of Islamic State in the northern Aleppo countryside. Kurdish-dominated militias have also been pursuing a drive to seize al Bab.

At a news conference before departing on a trip to Pakistan, Erdogan also accused Germany of not being fully committed to the fight against terrorism and of supporting the Kurdistan Workers Party (PKK) militant group.

He also said that an executive presidential system in Turkey, which he has long sought, should not mean the president cutting ties to his political party, saying that would constitute a weakness in the system.