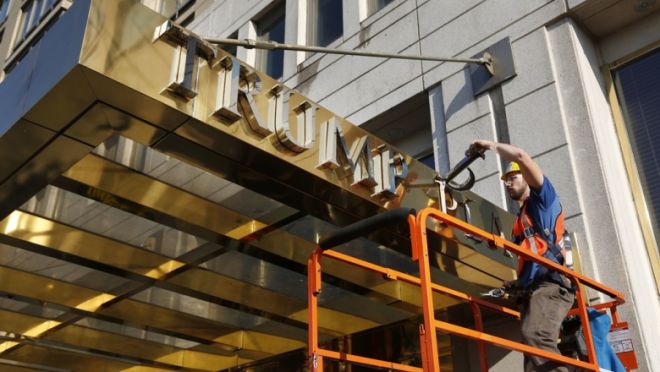 Just over a week after he was elected to occupy the White House, one of the most famous buildings in the United States, Donald Trump’s name was removed from three others.

This morning, two workers on an elevated platform took down the Trump name one gold letter at a time from 104, 106 and 108 Riverside Boulevard, three apartment buildings in the Trump Place complex on New York’s West Side. The buildings' management notified residents of its intent to disassociate from the president-elect and assume a “neutral building identity” on Tuesday.

Linda Gottleib said she and several of her neighbors were so "incensed" at Trump's actions throughout the presidential campaign that she started the petition. "We felt we had to do something, so this was a small protest," she added.