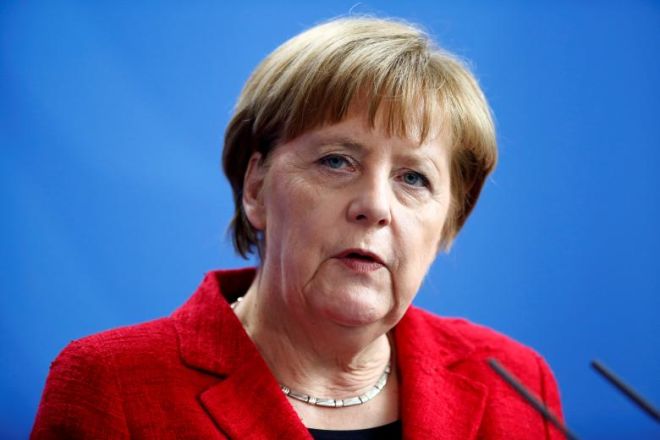 Chancellor Angela Merkel will hold a news conference on Sunday evening, her conservative Christian Democratic (CDU) party said on Friday, with the German leader widely expected to announce her decision to run for a fourth term.

Merkel, in power since 2005, has said she would announce her decision at the appropriate moment.

A pragmatist, 62-year-old Merkel has steered Europe through the euro zone crisis and the biggest influx of migrants to the continent since World War Two.

One of Merkel's biggest challenges, if she wins another term, will be managing relations with the United States under Donald Trump, who has challenged her views on everything from free trade to Russian aggression to immigration.

U.S. President Barack Obama told a joint news conference with Merkel on Thursday that Merkel faced "big burdens" if she chose to continue, but called her an "outstanding" and "tough" leader who had mastered previous challenges.

Obama said he valued the chancellor's integrity, honesty and that she might get his support if he were a German citizen.

Close Merkel aides have said she is moving toward another run, and one lawmaker in her conservative party this week told CNN that she would definitely put herself forward.

Merkel and other CDU leaders will meet in Berlin on Sunday and Monday to prepare for their annual party conference in December, where topics will include tax cuts and security in a country deeply shaken after Islamist attacks in July.

A poll for German broadcaster ARD, released on Thursday, showed Merkel's conservatives would get 32 percent of the vote if the election was held on Sunday, down one percentage point from a poll taken on Nov. 3.

The center-left Social Democrats, junior partner in her "grand coalition," would get 23 percent, up one percentage point from the last poll.

The anti-immigrant Alternative for Germany (AfD) party, which has drawn support away from the bigger traditional parties to make strong gains in a slew of regional elections, dropped one percentage point to 12 percent.

Named Time Magazine's Person of the Year in 2015, Merkel has built a strong reputation internationally but seen her conservatives lose support at home, hurt by her decision to let some 900,000 migrants into Germany last year.

The right-wing AfD, which has embraced tough anti-immigrant rhetoric, has gained from the migrant crisis and hurt the CDU in a batch of regional elections this year.

A pastor's daughter who grew up in communist East Germany, Merkel has proven a survivor in her 11 years in office.

By running again, Merkel gives herself a chance of matching the 16 years in office notched up by her mentor, former Chancellor Helmut Kohl. However, it is unclear whether - if she remains chancellor - she would serve a full fourth term.

Merkel was ruthless towards Kohl, saying in the midst of a party funding scandal in 1999 it was time to move on without him.