Bin Laden's brother is renting out flats for students 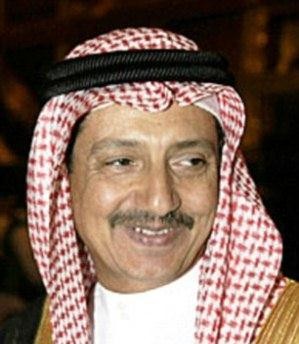 The Saudi Arabian tycoon bought the land for £1.5million in 2014 and has begun renting the apartments out to wealthier students.

The site is in the affluent West End of Glasgow and was the former home of the popular Pewter Pot pub.

Chief executive of Collegiate AC - who manage the property - Heriberto Cuanalo said he was in partnership with Bin Ladens.

He said in a statement: 'Collegiate AC is the appointed managing agent at Woodside House, Glasgow, engaged to assist in designing and operating the student accommodation.

'As official, publically accessible documents show, the owners of Woodside House are Kelso Estates Ltd, a subsidiary of SBG (Saudi Binladin Group), one of the largest construction firms in the world founded in 1931.
'In addition to two other current officers, engineer Bakr Mohammed Bin Laden is indeed named as a person with significant control of Kelso Estates Ltd. This information is freely available to access.

'To suggest that SBG, which is also one of the largest investors in property in the world, and by proxy Kelso Estates Ltd, is somehow an inappropriate company is unfounded and highly misleading.

'We at Collegiate have undertaken due diligence, as we do for each and every site we operate, and are entirely satisfied with the ownership credentials of Woodside House.

'Woodside House is just one of SBG's extended group of global property assets and we are very comfortable to be working with the owners of the building to deliver exceptional accommodation Glasgow's student community.'

The studio flats, which include rooms for dinner parties, a cinema and private gym are rented out for around £13,000 per year.

Resident Chenhan Ye, 26, an engineering student from China, said: 'I am certainly surprised that the building is owned by this man. I think people will see this as a risk.'

Bakr bin Laden is the chairman of the Saudi bin Ladin Group and has been described as 'the true ruler of Jeddah' sources in the Saudi business capital.

He was educated in America at the University of Miami.

His firm is involved in major construction deals in Qatar and around the world, including a £816m contract to build in the King Abdullah Financial District in Saudi Arabia.

Despite his power, Bakr bin Laden keeps a relatively low profile and is very rarely seen in public.

His brother Osama bin Laden, who was killed in Pakistan in 2011, was the founder of terrorist group Al Qaeda, who claimed responsibility for the 9/11 attacks.