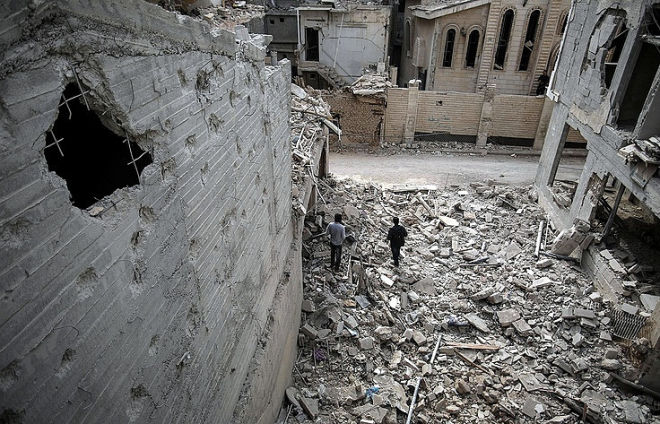 Residents of terrorist-held districts continue protests and attempts to cross into government-controlled areas.

Radicals have opened fire at a group of civilians, who gathered for a protest in the eastern part of the Syrian city of Aleppo, and killed 17 of them, a spokesman for the Russian Defense Ministry said Saturday.

"Radicals fired assault rifles at a rally in the Haidariya district. A total of 17 people died on the site, including two teenagers aged 13 and 15, more than 40 people were injured. The terrorists caught a dozen of men who as they thought were "organizers" of the unrest and took them away. They were all executed on the same day," Maj. Gen. Igor Konashenkov said.

He said that residents of terrorist-held districts continue protests and attempts to cross into government-controlled areas.

According to refugees from eastern Aleppo, about 300 local residents gathered on Thursday morning in the Al-Kalasa neighborhood to protest against the rule of terrorists and the "local council". The crowd was machine-gunned when it attempted to break through a checkpoint.

"After that, mines were planted at all approaches to the checkpoint and snipers were placed on roofs of nearby houses," Konashenkov said.

In an unrelated incident, about 200 residents of the Al-Sahur district took to streets in a bid to leave the area, controlled by terrorist groups.