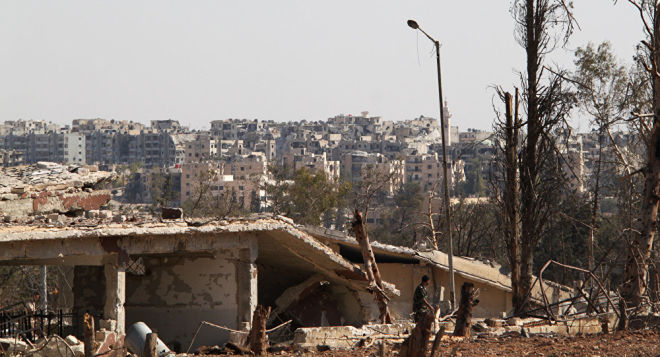 According to the Syrian Al-Watan newspaper, the list of civilian casualties included seven minors.

Earlier in the day, the newspaper reported about the shelling of the city's districts from Grad multiple rocket launchers that resulted in hitting such facilities as a school in the district of Al-Furqan and the university of Aleppo. Aleppo has seen intense fighting over the past few months, with the Syrian army and local militia forces managing to encircle large groups of militants in the eastern districts of the city. The ongoing violence has already affected thousands of civilians still trapped in the city.