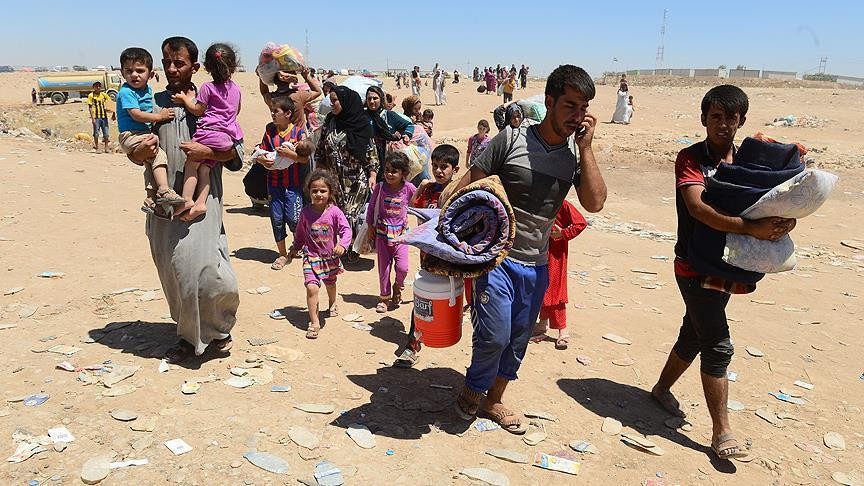 The Daesh terrorist group is "forcibly transferring some 25,000 civilians towards locations in and around Mosul", a spokeswoman for the UN High Commissioner for Human Rights said on Tuesday.

"We have reports that in the early hours of yesterday morning, around 1.00 a.m. ISIL brought dozens of long trucks and mini-buses to Hamam al-Alil City, south of Mosul, in an attempt to forcibly transfer some 25,000 civilians towards locations in and around Mosul," OHCHR spokeswoman Ravina Shamdasani said in a press conference.

Shamdasani said trucks were prevented from proceeding towards Mosul due to coalition flights patrolling the area.

"The trucks were forced to return to Hamam al-Alil. However some buses did reach Abu Saif, 15 kilometers [9 miles] north of Hamam al-Alil City," she said, adding that she had "grave concerns for the safety of these and the tens of thousands of other civilians who have reportedly been forcibly relocated by ISIL in the past two weeks."

Shamdasani also said that there had been additional reports of mass killings by Daesh.

"On Saturday, 40 former Iraqi Security Force soldiers were killed and their bodies thrown in the Tigris River," she added.

Shamdasani said these Iraqi soldiers "were reportedly among the civilians who had been abducted earlier from al-Shura sub-district of Mosul and from villages surrounding Hamam al-Alil."

On Oct. 18, the Iraqi army -- backed by a U.S.-led air coalition -- began a wide-ranging operation to retake Mosul, Iraq’s second-largest city and capital of the northern Nineveh province.

Since then, dozens of Daesh-held villages on the city’s outskirts have fallen before the army onslaught, although the terrorist group remains in control of the city.