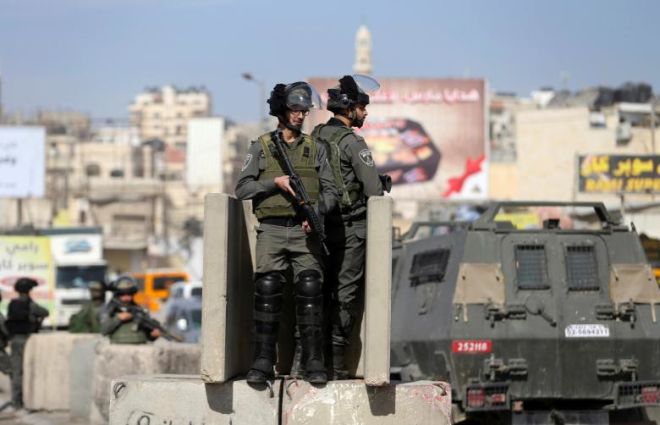 An Israeli security guard shot and killed a Palestinian who tried to stab him at a busy checkpoint in the occupied West Bank on Tuesday, Israeli police said.

Police spokeswoman Luba Samri said the Palestinian was brandishing a knife and approached the guard on foot in the vehicle lane of the Qalandiya checkpoint. The guard was not hurt, she said.

The Palestinian Health Ministry confirmed the man was dead.

At least 228 Palestinians have been killed in violence in the occupied West Bank and the Gaza Strip since October 2015. Israel says at least 154 of them were assailants in a wave of lone attacks often targeting security forces and using rudimentary weapons including kitchen knives. Others died during clashes and protests.

The street assaults killed at least 33 Israelis and two visiting Americans over the same period.

Israel says one of the main causes of the violence is incitement by the Palestinian leadership, with young men encouraged to attack Israeli soldiers and civilians.

Families say assailants acted out of desperation, frustrated by the lack of progress towards peace and Israel's continued building of settlements in the West Bank and East Jerusalem, which the Palestinians want for their own state.

Palestinians accused Israeli police and soldiers of using excessive force in many cases, saying many assailants could have been stopped or detained without being killed. In several cases, Israel has opened investigations.

Israel has occupied the West Bank and East Jerusalem for nearly 50 years, since the 1967 Middle East war, and maintains tight restrictions on the movement of Palestinians in some areas, especially checkpoints that border Israel.