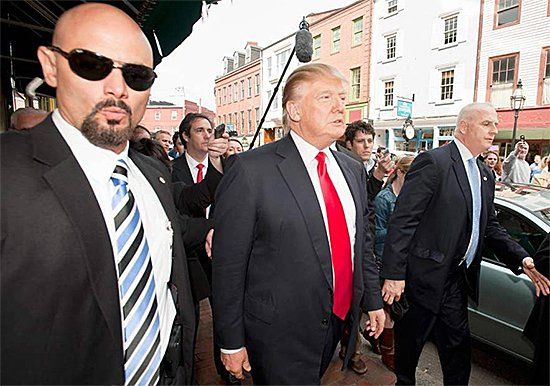 Protecting President-elect Donald Trump and his family is costing New York City more than $1 million a day, according to three city officials.

And those costs won't necessarily drop significantly once he moves to the White House.

That's because Melania Trump and their 10-year old son Barron expect to stay at their home at Trump Tower in midtown Manhattan, at least until the end of the school year. And Donald Trump has indicated he plans to return home regularly, especially while they're still here.

"The number one imperative here is safety and security. We owe that to the president elect, his family and his team," said New York Mayor Bill de Blasio at a press conference on Friday. But he added the city will need help with those costs, particularly police overtime.

"This is a very substantial undertaking. It will take substantial resources," he said. "We will begin the conversation with the federal government shortly on reimbursement for the NYPD for some of the costs that we are incurring."

While primary responsibility for the protection of the president, or president-elect, rests with the Secret Service, local law enforcement is charged with assisting them, particularly in controlling movements of the general public.

Every president is required to have local law enforcement protection when they return home during their terms. But protecting Trump in New York City is particularly costly, given that he lives in the most densely-populated neighborhood of the nation's biggest city.
"We have never had a situation where a POTUS (president of the United States) would be here on such a regular basis," said de Blasio. "The details of his future plans are unknown, but we certainly know over these next 65 days [until the inauguration] he will be here regularly. The NYPD is up to the challenge and the city of New York is up to the challenge, I have no doubt about that."

The city has sought and received reimbursement for protecting world leaders in the past, such as when heads of state visit the United Nations, de Blasio said. City records show it received $26 million in reimbursements for such expenses in the 12 months ending June 30, or about $500,000 a week. But the fact that the city will need to protect Trump on an ongoing basis is unprecedented, de Blasio said.

"This makes [previous protection efforts] look quite small obviously," he said. "We'll have to establish a new set of ground rules."
The police have set up barricades around Trump Tower at 56th Street and 5th Avenue, smack in the middle of the city. While a block of 56th street has basically been closed to traffic, 5th Avenue remains open, although the traffic flow on that major thoroughfare has been affected.

And as Trump moves through the city, police need to close streets accordingly. For example, the Lincoln Tunnel was closed to traffic on Friday afternoon during rush hour when Trump traveled to New Jersey.