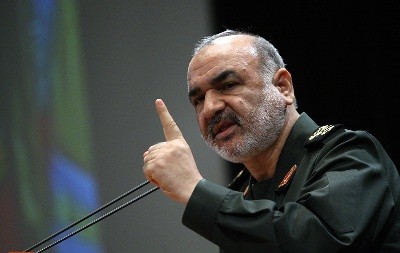 If the US fails to honor its commitments under the Joint Comprehensive Plan of Action (JCPOA), Iran will send it to museum and return to the first point, according to an IRGC official.

Deputy Commander of the Islamic Revolution Guards Corps (IRGC) Brigadier General Hossein Salami issued the warning in Tehran on Thursday on the anniversary of the take-over of the US embassy in Tehran by revolutionary students in 1979.

The day, which is also called as the Student Day, falls on November 3 this year.

"If the US does not remain fully committed to its pledges in implementation of the nuclear deal, the inactive centrifuges will come on stream once again but this time we will not restrict ourselves to the pre-sanctions level," the commander said.