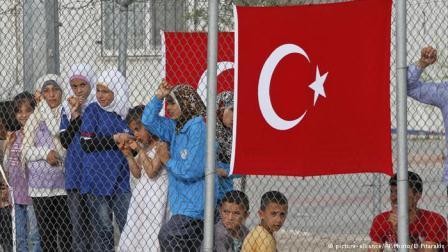 Turkey will cancel a migration deal with the European Union if the bloc doesn't grant visa-free travel to Turkish citizens by the end of the year, Foreign Minister Mevlut Cavusoglu said Thursday, a day after a top EU official suggested any visa deal was a long way off.

Cavusoglu defended Turkey's anti-terror laws and state of emergency, referring to actions of European countries like France, which has taken tough action following a series of terror attacks.

"If some European countries intensify their terrorist laws and at the same time urge Turkey to soften theirs, this would be understood by our people as a weakening of the fight against terror," Cavusoglu said, pointing out the country is battling the "Islamic State" (IS), Kurdish militants and coup plotters.

On the issue of terrorism, Cavusoglu said, "We cannot make any concessions to the EU."