Putin and Nazarbaev has surprise for Sargsyan - Aliyev factor 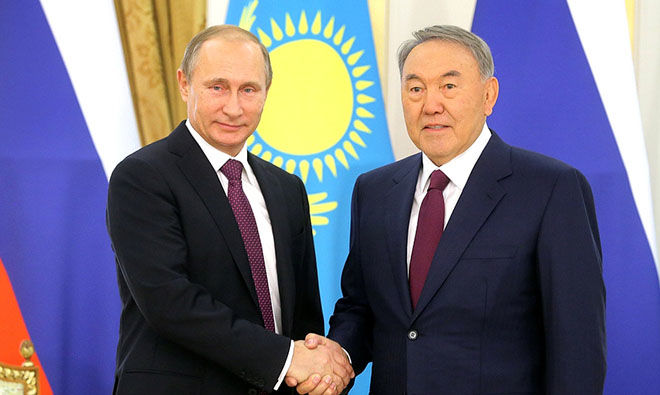 Axar.az reports that,it was mentioned in the article of journalist Akop Badalyan published in "Lragir.am" site. According to his words, Nazarbaev does it because of his relations with Ilham Aliyev:

"Leaders of Russia and Kazakhstan have discussed Euroasian Union and CSTO December summit via phone call. One of the main topics of summit will be appointment of Secretary General to CSTO. It has been postponed twice since end of 2015. Although it has been told that, armenian representative will take this position, process has been stopped. It is unofficially told that cause of stoppage of process was absence of Nazarbayev at mettingin Yerevan. Nazarbayev doesn't want Armenian representative as a Secretary General, because Ilham Aliyev won't like it. Kazakhstan, Russia or Belarus, which one is against Armenia in CSTO directory?"