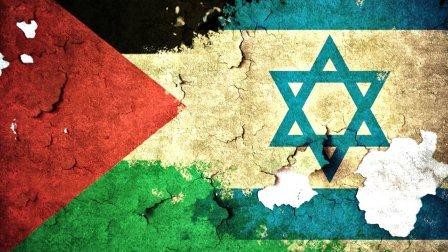 An Israeli court has sentenced a Palestinian teen to 12 years in prison for stabbing two Israelis last year.

The teen, whose name is barred from publication, was 13 at the time. The Israelis were 20 and 13. The sentence was delivered Monday.

The attack was among the most sensational during the current wave of Israeli-Palestinian violence. Security camera footage appeared to show the teen and his 15-year-old cousin wielding knives and chasing a man, and later stabbing an Israeli boy as he got on his bicycle outside a candy shop. Police then fatally shot the cousin and a passing car ran over the teen.

Another video showed the teen lying in the street, his head bloodied, as bystanders cursed him.