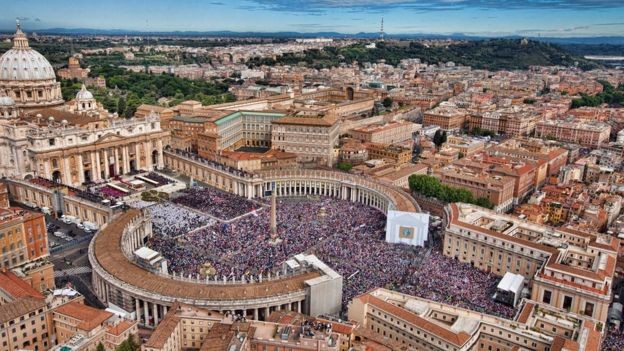 The Vatican on Monday sent an apparent warning to Catholics in China who are loyal to the pope not to take things into their own hands if they oppose a rapprochement between the communist government and the Holy See.

In a highly unusual statement, the Vatican referred to reports about unauthorised ordinations of bishops in the "unofficial Catholic community", a reference to Catholics who owe allegiance only to the pope.

Catholics in China are divided between that group, which is also known as the "underground Church", and the official Church, approved by Beijing’s communist government.

"The Holy See has not authorised any ordination, nor has it been officially informed of such events. Should such episcopal ordinations have occurred, they would constitute a grave violation of canonical norms," the statement said.

The statement came amid growing expectation that the Vatican and the Chinese government are close to an agreement on the ordination of bishops, the stickiest point in talks between the two sides.

But media reports about the impending deal have sparked strong criticism from some Catholics in China and around the world who believe it would be an offence to Catholic bishops, priests and lay people who have suffered persecution for refusing to join the official, state Church.

According to AsiaNews, a Rome-based Catholic news agency that specialises in China, the statement was prompted at least in part by the action of Father Dong Guanhua, a priest in the underground Church who ordained himself a bishop without a papal mandate.

Dong has threatened to ordain more priests as bishops, which could effectively spark a schism in the Chinese Catholic Church that recognises the pope and disrupt the talks between Beijing and the Vatican.

The statement was unusual in that in the past the Vatican has often condemned the official, government-backed Church for ordaining bishops without papal permission but had never before issued a similar warning to the faction loyal to the pope.

"We wanted to send a signal to our own in order to show that the rules apply to both sides," a senior Vatican bishop said, speaking on the condition of anonymity.

In what appeared to be a reference to Catholics opposed to any deal with the government, the Vatican statement said the ordination of bishops needed papal permission and could not be based on "particular personal beliefs".

For more than six decades, China’s ruling Communist Party has strongly opposed the Vatican’s right to ordain Chinese bishops, in a bitter contest for authority over as many as 10 million Catholics on the mainland.

According to Church sources in Rome and China, representatives from the Vatican and China are expected to meet before the end of the year in Rome in an effort to finalise a deal on the ordination of bishops.