German police arrest five in raid on 'IS network' 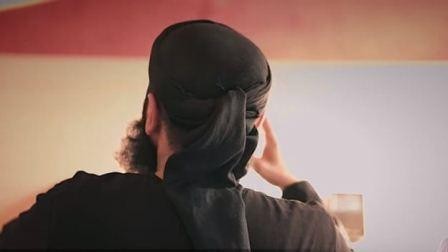 Five people linked to the so-called Islamic State (IS) group have been arrested in co-ordinated raids in Germany, including a senior Islamist figure, reports say.

Flats were raided in northern and western Germany and a mosque was searched near Hanover.
Among those arrested was an Iraqi who goes by the alias Abu Walaa, or "the preacher without a face".
Germany's NDR TV has identified him as Ahmad Abdelazziz A.

The raids came as a result of information from a 22-year-old jihadist who spent several months with IS in Syria before fleeing to Turkey, it said.

Before returning to Germany in late September, the man, named Anil O, gave an interview in which he referred to Abu Walaa as "IS's number one in Germany".

Abu Walaa's internet videos call on followers to travel to Syria to fight for IS.

All five men held are suspected of recruiting jihadists for IS and providing help for their journey to the conflict zone. They deny any link to terrorism.

The mosque in Hildesheim at the centre of Tuesday's police raids has been highlighted by authorities before as heavily involved in radical Salafist Islam.

Abu Walaa, who was arrested just outside Hildesheim, became known as "the preacher without a face" because of a series of internet videos in which he appeared clothed in black with his back to the camera.

Last week, police in Berlin arrested a Syrian man on suspicion of receiving instructions from IS to carry out an attack in Germany.