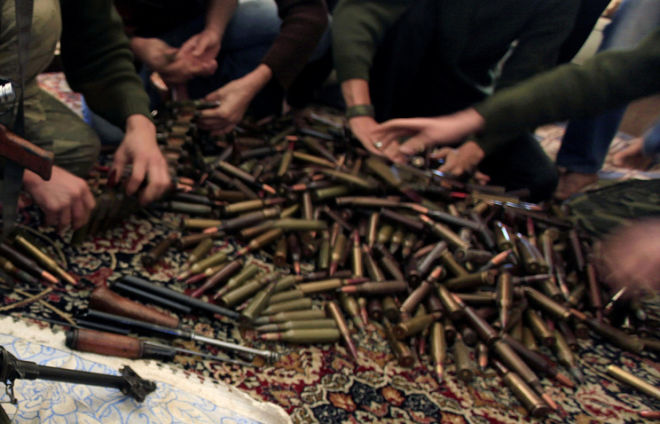 Militants in Khan al-Shih in southern Syria, to the southwest of Damascus, have surrendered to the government forces after the city was taken under control in October, the Russian center for reconciliation of opposing parties said on Friday.

Khan al-Shih, located to the southwest of Damascus, had been controlled by the Jabhat Fateh al-Sham, Ahrar al-Sham and Saif Al-Sham extremist groups since 2012. The militants bullied local citizens and shelled the nearby settlements and an international route, the ministry said.

The Syrian forces launched the offensive in Khan al-Shih in October. After long talks, the militants agreed to withdraw from their positions, surrender their arms and military equipment and safely left the territory with their families in buses traveling to Idlib.
"To confirm the plans, they handed over to the government forces two tanks, two infantry combat vehicles, four anti-aircraft mounts, three Dragon man-portable anti-tank missile systems (made in US) and also more than 400 pieces of small arms," the ministry said.
A total of 1,846 militants and 1,164 their family members were taken from Khan al-Shih by buses provided by the Syrian authorities between November 28 and December 1.

In the coming days, the remaining 100 militants and 300 of their family members will be taken to Idlib, the ministry said.