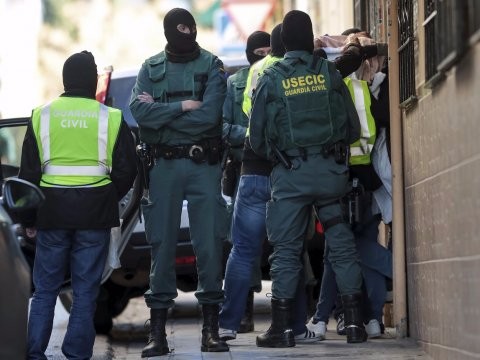 Spanish police arrested three men and a woman on Wednesday in Spain's north African enclave Ceuta on suspicion of recruiting young people as Islamist militants, the Interior Ministry said in a statement.

The four people looked to recruit youths through the Internet, primarily through social media, the Ministry said.

Since Spain raised its national security threat alert in 2015 in response to gunmen attacks in Paris, police have arrested 161 people suspected of Islamist militant activity.