Trump win a great victory for 'our people' 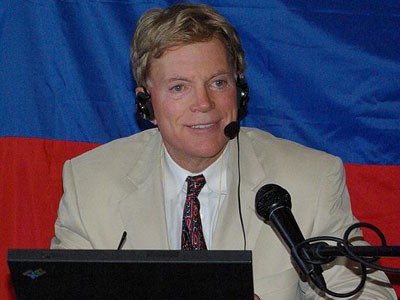 Former Ku Klux Klan leader David Duke is calling Donald Trump's electoral victory "one of the most exciting nights of my life."

Duke, a white nationalist who unsuccessfully ran for Louisiana Senate, tweeted early Wednesday that his supporters played a major part in paving Trump's road to the presidency.

"Make no mistake about it, our people have played a HUGE role in electing Trump!" he wrote.

Trump faced criticism early on in his candidacy for failing to denounce the KKK and disavow Duke, who had endorsed Trump for president. But more recently, the Trump campaign made several attempts to distance itself from the former KKK grand wizard, with Eric Trump saying earlier this month that Duke "deserves a bullet."