The Simpsons did what the polls could not - Video 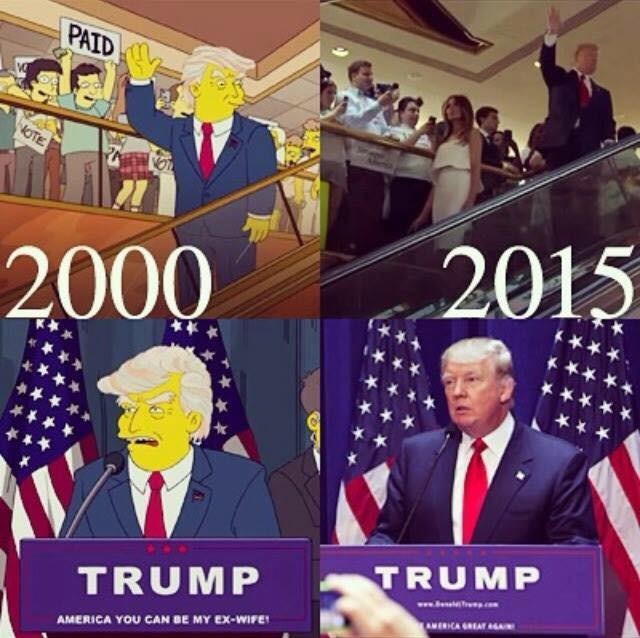 In an episode aired in early 2000, the American cartoon series The Simpsons predicted what has today become reality: a Donald Trump Presidency.

16 years ago, Lisa Simpson was pictured in the famous Oval Office, the President’s personal office, surrounded by advisors.

"As you know, we’ve inherited quite a budget crunch from President Trump", she says. One of her advisors, Milhouse, then produces a chart showing the extent of the problem.

Writer Dan Greaney said in March that the storyline was chosen "because it was consistent with the vision of America going insane".

"We needed Lisa to have problems that were beyond her fixing, that everything went as bad as it possibly could… that’s why we had Trump".

"It was a warning to America", he added.

But that warning was need heard by the American people.

They have chosen ‘The Donald’ as their next President, even after Trump was again featured last year in an episode which mocked his candidacy.