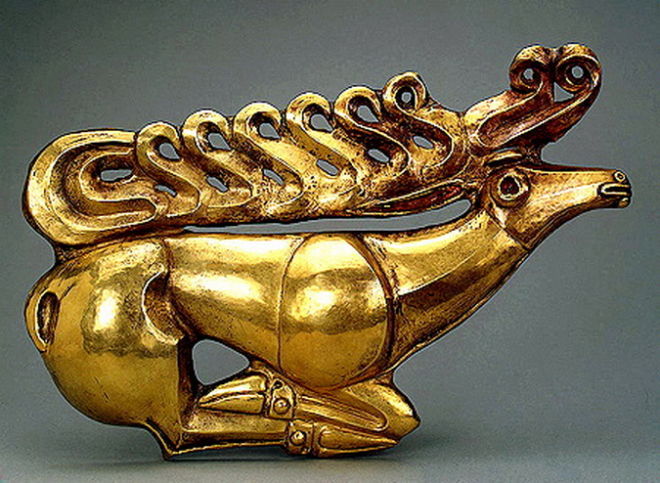 Kiev’s Pechersky court has sent documents to Interpol asking to put the Scythian gold on the international wanted list, the press service of the Ukrainian Prosecutor General’s Office said on Friday.

"At the request of a prosecutor, Kiev’s Pechersky district court arrested museum exhibits. The resolution by the investigating judge was sent to Interpol with an aim of ensuring international search for the arrested property," the press service said.

Ukrainian Prosecutor General’s Office is also carrying out a prejudicial enquiry into the refusal of the Dutch museum to return exhibits from the "Crimea - Golden Island in the Black Sea" exhibition.

The pieces from the Crimean museums with an insurance value of more than €1 mln, were presented at the exhibition hosted by the Allard Pierson Museum, the archaeological museum of the University of Amsterdam, from February to August 2014. Uncertainty arose after Crimea reunited with Russia in early 2014. Moscow and Kiev both laid claims to the precious pieces.

In this regard, the University of Amsterdam suspended the return procedure until the dispute was resolved on legal grounds or the parties came to terms.

Crimea’s representatives have said on various occasions that they have every right to claim the artifacts since they all had been unearthed on Crimean territory and had been kept in Crimea’s museums.

The case was initiated by the Crimean museums that brought a lawsuit against the University of Amsterdam in November 2014 demanding the return of the collection, consisting of around 2,000 items. In April, Amsterdam’s District court granted Ukraine's request to be a party in the lawsuit "since it has claimed the disputed objects."

The verdict in the case is expected to be made on December 14.